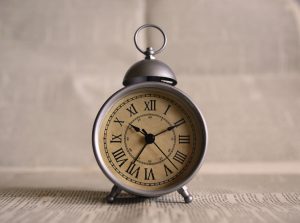 For those of you in the UK, you will remember from years ago (and may even use!) the Speaking Clock. This is a very ‘useful’ telephone service that you can call from your SmartPhone or Landline, and it will tell you the time, using the phrasing, “At the third stroke, the time will be twelve, twenty five pm, <beep>, <beep>, <beeeep>”. This very useful telephone number is a great example for my BDD and TDD training courses, and in December 2016 when AWS launched AWS Polly, I figured I could make my speaking clock examples speak with a decent voice!

So this is how to get AWS Polly to speak from the Java programming language. It is almost identical from C# and Python.

The basic premise is this. You send a String to the cloud, and AWS will then send you back either a PCM, MP3, or Ogg Vorbis file back. I have to confess, I am no expert in Java Audio playback, and to be brutally honest, I have no personal interest in this, so I borrowed a class from this excellent blog by Oliver Doepner to make the actual playback work.

So this is how to get a Java application to speak using AWS Polly. The hardest bit was the playback – the AWS API is easy to use.

The purpose of these dependencies are to enable the AWS APIs, but also to enable the processing of MP3, PCM and OGG file formats, which by default are not supported by Java, so in order to be able to playback a file from AWS Polly, we need a processor which can handle the format. Conveniently, just adding these dependencies to the POM will mean that the standard Java sound APIs will be able to handle the output stream back from AWS Polly.

The Java code required to actually send a request to AWS is pretty straightforward. There is a SynthesizeSpeechRequest object and a SynthesizeSpeechResult object. I will let you guess what they are for! The request object has a few methods as you can see below to allow you to set the text and the voice and the format you want returned. There are many voices using various languages and styles. You can see a full set if you visit the AWS Console and then check out the Polly service.

The synthesizeSpeech() method is the key function that you would use to get a response back containing the audio.

The result object that is returned then has a method to get the audio stream back from the server, and this is where I have used a class that Oliver Doepner wrote to handle the playback. This is shown below:

This class is processing the audio and playing it back via your speakers. You may find it clips the first second or two of audio. If any of you have a fix for that, then please share it and I will amend the post. But my main aim is to show you how to get an audio file back from AWS so you can play it back.

Try it out for yourself. I got this working in the space of an hour or so as it was quite easy to work out how to do it. I hope you have some fun with it and find some more beneficial uses than I did… at the third stroke, the time will be ….