Surely these jobs are just for geeks? People who get more excited about how much memory their phone has got over actually using it to talk to anyone, and those people who loved Chess Club (I was actually in chess club, although I wasn’t very good) and really enjoyed visiting that shop with all the board games in with weird characters where I guess they play some kind of dungeons and dragons thing or whatever. And anyway, computer programming is really hard. REALLY hard, so I would not be able to do it anyway.

How about programming being REALLY hard. Who tells you that? Programmers? Some like to say that because they are basically saying “I can do something really hard”, so they look good. The reality however is far from that. Obviously some programming tasks are really hard, but very many of them (I would even say most of them) are actually not that hard. And certainly learning a programming language does not need to be that hard.

Not all roles in tech are programming anyway!

So Who can get into Tech?

Surely you need a degree or something? Absolutely not. I have been training people to be computer programmers since 1997. Some of then have degrees and some of them do not. It makes little or no difference as far as I can tell for most tech roles. What makes the difference is aptitude, attitude, and the ability to think logically. That is pretty much it. Let me give you some examples. In my training business back in 2000, I wanted someone to work alongside me. I had a friend who worked in a DIY store. I employed him, taught him Java, and then he taught Java, and a whole host of other technologies for my company. I have another friend, an English teacher by training, who now works very successfully in technology, and then an apprentice I trained who was previously working in Next as a shop assistant – now a computer programmer in the public sector in the UK. I don’t give these examples to denigrate their previous profession, but I give them to show how different people can end up in technology. I could give loads of examples like this. My own story is that I was a full time church pastor who was trained as a science teacher. I have a degree in Biochemistry, which doesn’t help that much (if at all), yet I was able to get trained in technology and have been in the industry ever since.

What are the benefits of working in technology? 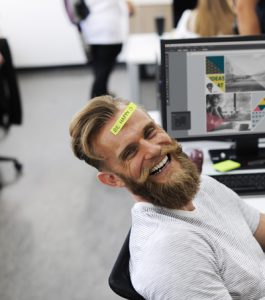 There are many benefits, but from what I have observed, they include:

What do I do now?

Well, if you have read this, and it has wet your appetite, the next step is to work out how you are going to get your first job.

Here are some suggestions.

So in conclusion. What are you waiting for!? Good money, a good career, a good work life balance and interesting work. The career is open to you, if you want it……

To find out about our Bristol Boot Camp, click here.